Does Alcohol Cause Addiction?

Alcohol as the Problem

For a long time, the main consensus on alcoholism and addiction overall was that drugs or alcohol caused addiction. This thought makes sense. Alcohol is addictive and drinking excessively can lead to physical and psychological dependence, so addiction. If there were no alcohol, of course there would be no alcoholism.

There are two problems with this idea, though. For one, a lot of people drink alcohol—even binge drink alcohol—and never get addiction. For two, relapse is extremely prevalent—so even when alcohol or drugs even are removed from the person’s life for an extended time and they detox… the addiction often continues to exist.

So are alcohol or drugs really the problem?

Well, get your gloves and goggles. We’re going to see what science says about this.

What Science Says About Addiction

Early in the 20th century, there were some addiction studies done with rats. The experiment was simple. There is a rat in a cage, and there is one bottle filled with water and one bottle filled with Cocaine or Heroin water. So it’s not alcohol, but addictive substances. Historically, the rat would become obsessed with the drug water and continue drinking it until it died. Aw, poor little rat.

After that, it seemed pretty clear that the substances of drugs or alcohol themselves are the cause of addiction. Here’s the thing, though, science experiments have more variables that just one or two. This one wasn’t being looked at holistically. In the 1970s, a psychologist named Bruce Alexander decided that he wasn’t happy with this experiment.

You see, the rat is all alone and there are no activities for it to do other than drink the drug water or drink the normal water.

So, he tried a different version of the experiment. We’ll call it: Rat Paradise Plus Drugs. There was an environment with lots of rats and toys—it was a rat’s paradise. There was also drug water and normal water.

In this situation, none of the rats killed themselves with the drugs or even became very interested in it at all.

This was when the cause of addiction was reconsidered. It seems that addiction to alcohol or drugs is a symptom of other, underlying, problems. The early rats were lonely and bored—maybe even miserable. The drugs were all they had and it made them feel better, and then the obsession and fatal use began.

Why Can’t I Drink in Moderation?

This brings us to underlying issues, a big term in addiction psychology and treatment today. The rats in the early experiments had contextual reasons for developing addiction. Later there was no issue of addiction when there were still drugs, but their other needs were met.

Often, people with depression develop alcoholism. They usually drink because it makes them feel better, though. In that sense, drinking alcohol is acting as a solution to a different problem. Of course, it is not a good solution, but the compulsion to drink and addiction is rooted in this solution oriented behavior. This is what we call “self-medication.”

There are a lot of underlying issues that could be the cause of addiction. Many addiction counselors use a bio-psycho-social-spiritual model of disease. This takes into consideration the biological dispositions to addiction that might be present, psychological conditions, social context, and a person’s spiritual reality or sense of purpose in life.

Whatever the cause may be in each individual case, it doesn’t appear to ever be the drugs or alcohol themselves. Psychological disorders are one of the most common underlying issues of addiction and are referred to as co-occurring disorders when they happen alongside substance use disorder.

Can Anyone Really Drink Responsibly?

This is a loaded question. For one thing, is it ever “responsible” to intoxicate yourself so that you are at a less proficient level of functionality? Many people who don’t develop addictions will drink for unhealthy reasons—to feel better after a bad day or a hard break up.

Is this healthy drinking?:

What many people are capable of, though, is drinking in moderation. If you have addictive tendencies, then you probably won’t be able to drink in moderation—or “responsibly.” That is because addiction changes things in the brain and these are difficult, once in place, to circumnavigate.

If you can eliminate all of the underlying issues for addiction, then it is plausible that you may be able to learn to drink in moderation. There isn’t a lot of study on this. Still, active is so damaging that most people decide that drinking isn’t worth the risk.

Perhaps the best approach is to assume that if you have been severely addicted to any drug that drinking and using drugs is not something you can ever to in moderation or responsibly.

Best Way to Get Sober

The best clinically proven method of getting sober is residential or inpatient rehab. It removes you from substances, as well as all environmental factors that could be enabling the problem. In the program, you then assess and work through your underlying issues for the addiction with therapists. You also go through psychoeducation to learn about addiction, how it affects the brain, and coping skills to help you overcome the unhealthy behavioral patterns that you’ve developed. 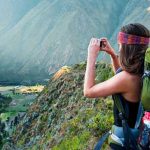 Travel in Recovery: Guide to Becoming a World TravelerAddiction & Recovery Ins and Outs, Life in Recovery 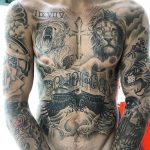