The 5 Parts of the Brain Affected by Alcohol

We have known for a long time that drinking alcohol, especially in excess, affects the brain. Obviously, the short term effects of alcohol may impair an individual’s cognitive and motor functions. Then, addiction forms as neural structures form in the brain. How else is the brain affected in the long-term? Are there permanent effects on the brain and its functions from alcohol abuse?

That is what we’re going to look at today. Thanks to a bunch of scientists and something called “voxel-based morphometry,” a special kind of neuro-imaging, we can observe these effects. It turns out that certain areas of the brain atrophy from long-term alcohol abuse. That means that the tissue in the brain physically shrinks or weakens. While brains seem kind of like squishy yuck, let’s face it: they are IMPORTANT! The brain controls every function in the body! Brain=Life.

What Part of the Brain Does Alcohol Affect?

There are five specific areas of the brain that are physically affected by alcoholism. Imaging shows that in people who developed alcoholism in adulthood, white matter decreased in the brain stem, while gray matter is decreased in the frontal lobe, insula, hippocampus, thalami and cerebellum. Additionally, in individuals who began drinking at an early age, decreased gray matter was observed in the cerebellum, brainstem, and frontal regions.

Let’s see… so the brain stem tells you to breath, to keep the heart beat going right, and to help you wake up and go to sleep… Seems pretty important.

The limbic system in the brain is mostly known to help with the regulation of emotion, memories, and arousal. The main part of the limbic system that is changed from alcohol abuse is the dorsal hippocampus. The hippocampus is where memory is formed—especially long-term memory.

Memories are a big part of what makes you… you! We want to keep those.

This is the largest section of the human brain, and it is associated with higher functions, like thought. The insula, in this part of the brain, is damaged by drinking. It deals with emotions, as well as complex qualities like consciousness and self awareness. Our level of self awareness and reflection is kind of what makes humans unique.

The thalamus is also affected, which is nestled between the cerebral cortex and the brain stem. It sends sensory and motor cues to the cerebral cortex. So, when you touche something with your hand, this part of the brain is like “LET THERE BE FEELING!” Definitely like that I can detect outside stimulae, keeping that for sure.

Two big parts of the frontal lobe show atrophy from long term alcohol abuse: the precentral gyrus and the middle frontal gyrus. The Frontal Lobe of the brain manages a lot of important activity. A few are problem solving, memory, language, judgement, and motor function, but there are many more things associated with this part of the brain.

This is where personality lives; establishing a large part of who you are. We definitely can’t lose that.

Atrophy is also seen in the cerebellum, which is near the brain stem. It takes in information from many parts of the brain to coordinate voluntary movements like balance, posture, and speech. The cerebellum allows for us to have smooth and controlled movements.

Coordination is what makes beautiful things like drawing and dancing and sports possible! Gotta hold on to this one too.

Most people in recovery from alcoholism don’t have any debilitating handicaps from their addiction. While many may have varying degrees of atrophy in these areas of the brain, they can still be high functioning members of society. Thank goodness! Still, resulting qualities may exhibit themselves in apparent ways in a person’s life.

A person’s ability to regulate and respond to emotional stimulation is often affected by alcohol addiction. This is due to a number of reasons, but does correlate to the patterns of brain atrophy that is observed in long-time alcoholics.

An immature emotional body can inhibit your efficiency at processing difficult emotions, with perspective and self awareness. It also is linked to a lack of coping skills. You may be more easily frustrated and turn to unhealthy behaviors for instant gratification.

An individual’s emotional intelligence and maturity may be delayed, because of how early the onset of addiction was. Their ability to learn and remember complex concepts may also be stunted. In recovery, when alcohol consumption is ceased, though, it is possible for the brain development to catch up.

While some changes in the brain that are caused by addiction may be permanent, there are many ways to overcome any related challenges in recovery. Rehab will help you stop drinking and learn to live life without mind altering substances. To stop drinking is the first and most important thing you can do, but there is still work to be done beyond that. Rehab will also help you to develop skills in coping, emotional regulation, and processing. You will learn not only how to survive sober, but how to thrive. Rediscover the joys of life at face value.

You can call (877) 670-8451 to speak with someone who knows about addiction and recovery. Take your life back and get the help you need.

addicted brain, alcohol and the brain, science of addiction 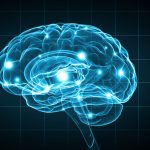 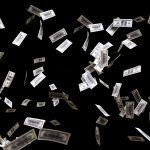 How Can I Pay for Rehab?Addiction & Recovery Ins and Outs, Alcohol Addiction Treatment