Put on your smarty pants, because we’re diving into the fantastic world of science today. Science has debunked the longstanding myth that addiction is a choice and alcoholics have no moral compass. New flash: it’s not a choice, it’s not anyone’s fault, and it has nothing to do with a person’s morality.

Studies have revealed the physical events in the brain that take place when people drink alcohol or use other addictive substances. And guess what? The findings show how that the compulsion to drink or use drugs quickly becomes out of the individual’s control.

People want to have a black and white explanation for alcoholism, labeling those who become addicted as irresponsible, selfish, or flawed. Drinking is on the rise today, in America, and it isn’t because there are more bad people here. The more that addiction is studied, the more complex it seems to be.

There still is not a perfect understanding of what causes addiction or how it takes hold. However, there are many variables that are known contributors. An important start is to take a look at what happens in the brain when addictive substances are used.

One thing we know about the use of alcohol and drugs is that it confuses the heck out of your brain. This starts by throwing the pleasure centers of the brain into overdrive.

When you drink alcohol, the nucleus accumbes (in the brain) is flooded with feel good chemicals, primarily Dopamine—way more than is normal. As I have said in the previous blog, when this happens your brain is like “weeeeee!” It makes you feel satisfied, warm, and fuzzy, in little to no time with little to no effort.

Then, the hippocampus (also in the brain) creates a memory of the rapid onset of happy feels. The amygdala simultaneously generates what we laymen might call “triggers.” The result is that certain stimuli are associated with drinking. So when you encounter them, you want to drink because alcohol is now associated with “weeeee!”

Drinking alcohol becomes a super short cut to the warm and fuzzy feelings. At least, that is what your brain thinks and it takes note—so that you want to drink again and again.

Memory of the Alcohol Reward

The brain has a reward system that associates feelin’ good with certain activities. This part of the brain is a network of neural channels that is very handy for associative learning. When you are a little kid, your parents totally teach you through this part of the brain.

For example, when parents say: “Yay! Good job cleaning up your room! You are amazing at cleaning!” This praise and approval makes you feel happy, as some dopamine and other happy chemicals are released in the brain. So, your brain is like: “Eurika! cleaning=my parents love me=good feels.

As it turns out, Dopamine is close friends with a different neurotransmitter called Glutamate. When you drink alcohol or use drugs, these two join up to commandeer the reward system. The result is like the previously mentioned eurika moment, times a thousand. This system also plays a key part in human survival.

The reward system associates pleasure with the most fundamental activities required for survival. A few examples are eating or having sex—these activities are rewarded in the brain, as very adaptive behaviors. Because using alcohol and drugs engages the same system, the brain associates drinking with a need for basic survival. Of course, that is crazy talk! Sadly, this is a subconscious process, so it doesn’t matter if we say it’s crazy talk or not.

This is even crazier: when tolerance develops and the pleasure no longer comes from drinking like it used to, the compulsion to drink persists. It is common knowledge that when you drink a lot, or do a lot of the same drug, you build a tolerance.

Your body has been thrown out of whack with alcohol, for example, and tries to corrects it. Once the body gets used to having so much alcohol in its systems regularly, it gets very good at counteracting the effects.

While the “weeeee!” feeling is gone, and all the warm and fuzzies along with it, the desire to drink stays. The fast and overwhelming pleasure that alcohol caused initially made such an impression that it bugged the system. So, the memory of the pleasure remains, and the strong cravings associated with triggers remain as well.

This becomes obsession, because the desire for pleasure is not being satisfied. The brain is essentially hijacked, and this is a major cause for concern.

Now that is what I call #notyourfault, so let’s stop all this nonsense of blaming and judging. People who are addicted don’t do this to themselves knowingly.

Get Your Life Back After Addiction

Even though addiction hijacks your brain, there is hope. Treatments have been designed to help redirect the thought and behavioral patterns that are established in addiction. In rehab, clinical professionals and therapists help people understand what has happened to them and how to move forward. You work to circumnavigate the channels of the brain that addiction claimed.

Professionals in rehab will help you to recognize your triggers and develop positive patterns of behavior to replace drinking. You will learn new coping skills and make a plan for the future.

Knowing that alcoholism isn’t your fault is important to the healing process. To take the next step in that process, call (877) 670-8451. The person who answers will help you find the treatment and support you need to get your life back. 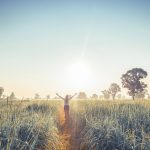 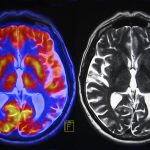