Am I an Alcoholic?

The first thing that should be said here is that it’s okay to ask this question. In fact, it is a good thing, because it means that you care.

There are usually clear signs of alcoholism to look out for. If you notice any of these in yourself or a loved one, there may be a problem. There are more signs of a drinking problem than just these, but here is a list of some of the most common ones.

1. The Sky is the Limit:
Alcohol Tolerance

You often outdrink your friends or are the last one still drinking at the end of the night.

Someone with a drinking problem has a very high tolerance of alcohol. That means their body can withstand more alcohol than most before fully feeling the effects.

You black out a lot from drinking. You might have a foggy memory of longer periods of time as well, weeks or even months, from so much binge drinking.

Alcohol affects the brain’s ability to form long-term memories. When people binge drink, they can forget what transpired while under the influence. This is often referred to as “blacking out.”

You drink instead of fulfilling responsibilities. You prioritize drinking over work, paying bills, and other adult duties.

People who are not alcoholics may drink once all their responsibilities are accounted for. Alcoholics, on the other hand, will drink during those tasks or instead of doing them at all.

4. Me & Alcohol Vs. World:
Drinking Alone

You drink alone, and we aren’t just talking one or two glasses of wine. We’re talking bottles, shots, you get drunk.

Many alcoholics isolate themselves to drink, some go out and drink at the bar with or without friends. Drinking alone, especially in excess, is a huge red flag sign that someone has a drinking problem.

When you talk about a night out, you claim you had less to drink than you did. You regularly lie about how often and how much you drink.

Alcoholics hide the truth about their drinking, because they know it isn’t normal or acceptable. They may be ashamed, not want to hear criticism, or not want to fully acknowledge the problem.

Every day, with almost no exception, you end up drinking. You always find some reason to drink. Further down the line, you actually can’t go a day without alcohol.

If someone is always generating reasons to drink, they may have a problem. At a certain point in alcoholism, no reason is needed anymore and drinking daily is a habit they can’t stop.

Remember how Cat in the Hat didn’t give a hoot about all the kids’ rational concerns? That is you with drinking—you don’t worry about when it’s okay to drink like everyone else does.

A person with alcoholism may be willing to drink in high-risk situations, when others would find it inappropriate or unsafe. They might drink while caring for an infant, driving, at work, and so on.

8. This Ain’t the Harlem Shake:
The Shakes and Withdrawals

When you haven’t had a drink yet for the day, you get the shakes or feel sick. You feel hungover on days when you didn’t drink the night before. This is withdrawal; a fool proof sign of alcoholism.

Mild withdrawal symptoms from alcohol, aside from the shakes, are flu-like: nausea, vomiting, headache. In addition, insomnia and anxiety occur. Severe withdrawals can be life-threatening.

Something small can set you off—you are often irritable. Your mood and affect are unpredictable, especially when you aren’t drinking.

Alcohol dependence causes an imbalance in the brain and nervous system. This may become apparent in a person’s mood, quickly going from laughing and energetic to irritated or very tired.

10. Playing Defense Like a Pro:
Making Excuses for Drinking

You could be in the MBA, you are on the defense so much. You find yourself regularly explaining or making excuses for how much or how often you drink.

When someone has a drinking problem, they feel the need to justify their drinking or explain themselves. Friends and family notice inappropriate drinking and ask questions. An alcoholic will probably be prepared with an explanation, no matter the circumstance.

If you have observed more than one of these signs in yourself or someone else, this is indicative of a problem. For more insight about alcoholism, help, or advice on how to stop drinking, call (520) 288-8484. Recognizing a problem is the first step towards solving it.

alcohol abuse, am I an alcoholic?, signs of Alcoholism 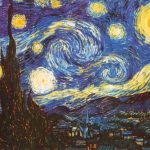 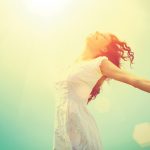