Musicians and Alcohol — An Endless Struggle

Why Are Musicians Heavy Drinkers?

Musicians have always struggled with addiction, especially to Alcohol—in the words of Alan Jackson “it’s five o’clock somewhere” seems to be the consensus of many. From Billie Holiday to Eminem, musicians seem drawn to alcohol like a moth to the flame.

Artists and musicians happen to be more at risk for developing an addiction than others and sadly many great musicians have died from alcohol abuse. Most artists, especially musicians, are risk-takers to some degree and even a tad impulsive. You have to be to work in such a volatile field. Musicians go up in front of people and put themselves on the spot, not knowing how the audience will react. They share intimate parts of themselves in the music they write.

Risk taking and impulsive tendencies go hand in hand with creativity. Sadly, they are also traits that make people more prone to addiction. Even on a scientific level, these traits are associated with low dopamine function—commonly found in people who use mind altering substances.

During a successful music career, a musician might get up in front of thousands of screaming fans regularly. Some drink or do drugs before a concert like this to get pumped up. Some drink and do drugs after shows, to help come down from the adrenalin that a performance of such magnitude generates.

Additionally, musicians who perform a lot—as most are want to do—are constantly in environments that orbit around drinking.

For one thing, most venues for music are bars. Touring especially breeds unhealthy drinking—playing shows as often as every night, for weeks or even months on end. The late hours, consecutive shows, and long driving time can result in poor sleep patterns, fatigue, and reluctance to play, which all may be eased with alcohol and drugs.

Most bars even give the band a tab to drink for free. If they perform at a festival, there is a green room that usually offers free booze. What’s there to lose, man? A lot, actually—this is a slippery slope to developing a drinking problem that many a musician has followed.

The lively, night life and party scenes are where music thrives, but when is it time to separate work and play? If you can’t just have one drink, or find yourself drinking every day for one reason or another, you might have a problem.

The Myth of Music and Alcohol

Some musicians think they write better music or perform better when they’ve had a few drinks. Alcohol isn’t called “liquid courage” for nothing. Many artists feel they become more sociable, boisterous, and entertaining after a couple. They might feel less inhibitions about trying new things or writing something they normally would shy away from.

Many musicians have a persona or character they project during shows. Sometimes drinking seems to make it easier to act and feel like a different person. In fact, many alcoholics in recovery will say they drank because they could be another person, someone everyone liked, the life of the party. Entertainers may also be seduced by this effect of drinking.

The truth is… it doesn’t matter why you drink; its’s bad for you! Regular drinking is extremely risky. It has serious health consequences and easily becomes an addiction before you know what is happening.

It is hard to say if these reasons for musicians drinking are true or not, because someone with an addiction will come up with a million excuses for their drinking.

This isn’t on purpose; excuses are a kind of defense mechanism. The brain is simultaneously telling you that you should drink all the time, while logic says otherwise. Maybe a drink or two does ‘take the edge off’ and make it easier to be enthusiastic on stage, but talented musicians can’t chalk it all up to a few drinks. Come on, be real.

Drinking is more likely a hinderance, causing inaccuracy, low productivity, and thoughtless behavior. When people think they need alcohol to do something, whether it’s to feel more sociable and fun or for inspiration, there is usually something else they are lacking. Addiction always has an underlying reason.

Alcohol has stolen the lives of many famous and talented musicians. It destroys the body and the psyche as addiction takes hold. Most people develop an addiction while they think it’s just a little fun and partying, or inspiration to write music and perform. That is simply the story your brain makes up to justify unhealthy amounts of drinking.

Getting Help Before Addiction Wins

If you know someone who is struggling with a drinking problem, there are people who want to help. Whether it’s a full on addiction or just drinking more than seems healthy, there are resources available. To talk with someone about helping yourself or a loved one with an alcohol problem, call (877) 670-8451. If you’d rather look at options on your own at a computer, https://www.findrehabcenters.org/ is a great resource. 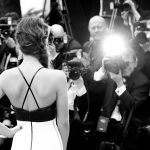