You might hear the term “binge drinking” thrown around, but what does it really refer to? Binge drinking is something many people participate in without even realizing. It is important to educate yourself and those close to you about this, though, because it can be very risky. Here are 10 facts that you should know about binge drinking.

1. What is Binge Drinking?

According to the CDC, binge drinking is when a person’s blood alcohol content (BAC) reaches or surpasses .08% due to continuous alcohol consumption. For men, this means drinking five or more alcoholic beverages in about two hours. For women, it is four or more drinks in the same time.

Many people are surprised to discover that only four or five drinks in one sitting counts as binge drinking. While it may seem harmless, there are many associated risks.

On average, people between the ages of 18 and 34 are the most prone to binge drinking. Underage drinking is especially associated with it, as underage people often overdo it when they drink. Wealthy people, making $75,000 or more a year, also are more likely to binge drink. Men tend to drink heavily more often than women.

Despite these trends, binge drinking has gone up in recent years for women and older adults.

3. Most Binge Drinkers
are not Dependent

This kind of heavy drinking is not only done by alcoholics or alcohol dependent people. To have a physical dependence means that the body has adapted to high levels of alcohol and will go through withdrawal without alcohol.

Most people who binge drink do not have a dependency on alcohol—people of all demographics drink excessively enough to count as binge drinking.

While most people who binge drink are not alcohol dependent, this kind of drinking can cause addiction and dependence. It is difficult to say why some people become addicted and others don’t, but binge drinking often is a sure way to test fate.

Usually people go out for some drinks to let lose and have some fun, but it becomes a habit before they realize it. The brain associates this kind of drinking with pleasure, and the perceived need for alcohol grows. This is how addiction begins.

As binge drinking causes the Central Nervous System (CNS) to slow down significantly, certain areas of the brain become less active. This inhibits motor control and coordination, as well as the accuracy of sensory perception—vision, touch sensation, and hearing.

For this reason, there are many accidental injuries caused by binge drinking. People may drive a vehicle and crash it, or try to operate another kind of machinery, causing an accident. A person may trip or fall, causing injury, or burn themselves in a fire or while cooking.

Fits of anger or depression easily escalade without the reasoning abilities of a sober mind. Acts as extreme as homicide and suicide are also linked to binge drinking due to this.

There are many chronic health problems associated with heavy drinking. The most common are disease of the kidneys, liver, and heart. Binge drinking can cause high blood pressure, which has many unfortunate consequences. Long term nerve damage may also arise from excessive drinking.

Additionally, over time binge drinking can cause brain damage and atrophy. The brain stem, limbic system, cerebral cortex, frontal lobe, and the cerebellum are all affected by alcohol.

It shouldn’t come as a surprise that excessive drinking also affects a person’s ability in thought, learning, and memory. This happens while drunk, but also in the long-term if binge drinking is frequent for a long period.

The brain may struggle to form long term memories while under the influence, and even while sober if binge drinking goes on.

The CDC reports that one in six adults in this country take part in binge drinking about once a week. This shows how commonplace excessive drinking is in America. It is easy to think of this kind of a drinking habit as harmless because alcohol consumption is legal.

The unfortunate truth is that binge drinking once a week is far from harmless. It can easily develop into an addiction and dependence or serious health concerns.

Potentially the most obvious hazard of binge drinking is the possibility of alcohol poisoning. This is when the blood alcohol content (BAC) is high enough to cause extreme impairment or immediate health concerns. We know that around .08% BAC, a person has been binge drinking and shouldn’t drive.

Once BAC reaches .16% or higher, extreme impairment and vomiting can occur. At .3% BAC, alcohol poisoning may become life threatening and cause stroke, seizure, heart failure, and death. If you ever think someone has severe alcohol poisoning, call 911 immediately.

Get Help to Stop Drinking

It can be hard to tell when occasional heavy drinking has turned into a problem. Are you ever still drinking after everyone else is done for the night? Do you regret how you behaved the night before when you were intoxicated? Is drinking the next day sometimes the only way to get rid of a hangover? Do you find yourself drinking alone or at times that may not be appropriate?

These are all signs of a potential drinking problem. Addiction happens to all kinds of people for many different reasons and it isn’t their fault. This is a disease that is beyond any individual’s control, but what you can do is ask for help. Call (877) 670-8451 to talk with someone about getting the help you need and deserve. Take your life back. 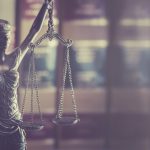 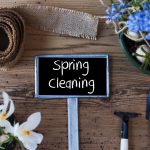