A recent study, by JAMA Psychology, reveals a drastic increase in alcohol abuse in the US. It is known that addiction and substance abuse are not caused by substances themselves, or by simply using them. Rather, there are many circumstantial elements that contribute to a person’s likelihood of developing addiction. These are all related to an individual’s basic security, health, and happiness. What does this recent spike in drinking say, then, about the state of our country?

The study finds that drinking in general rose by 11 percent in the US, between the years 2002 and 2013. Even more concerning is the spike in high-risk drinking, which grew by nearly 30 percent in the same period. This level of drinking can easily lead to alcohol abuse, addiction, disease, and even death.

The increase occurred primarily in the specific populations of women, minorities, and older people—groups that previously have had low rates of alcohol consumption. High-risk drinking in women increased by approximately 58 percent in this eleven-year period. In older adults, a population already threatened by health problems, high-risk drinking increased by 65 percent.

More worrisome yet, is the rise in problematic drinking—defined as alcohol abuse and dependence. Problematic drinking rose by 50 percent between 2002 and 2013. Women, minorities, and underprivileged Americans accounted for the brunt of this alarming number.

A 65.9 percent increase in problem drinking was observed in poor people who make less than 20K a year. Women saw an increase of 83.7 percent, quite a hard hit. Finally, problem drinking in black people rose by 92.8 percent, which is outright devastating.

Alcohol is the most accessible and socially acceptable mind-altering substance out there. You can buy it at most grocery stores, it is the center of evening and weekend activities, and you can even get a beer at some movie theaters now. Because of this, it is the most commonly abused substance in the world. Why, though, is the increase in abuse so steep here in the US?

Why Alcohol Consumption in America Has Gone Up

One positive take away is that the growing gender equality in America is a likely reason for the increase in females drinking alcohol. It is more acceptable for women to participate in drinking now than it ever has been before.

The other possible answers to this question are unfortunately less uplifting. High levels of stress, childhood trauma, mental illness, and lack of community or close relationships are just some of the underlying reasons for alcoholism and addiction.

Money is a major source of stress in the lives of most Americans, and is surely linked to the rise in alcohol abuse. As the middle class shrinks and the wage disparity in this country grows, many people struggle to make ends meet. When a person is worried about basic things, like keeping a roof over their head, the stress can be consuming.

This kind of stress is difficult to manage, especially for someone who is working forty plus hours a week. Stress like this causes people to seek methods to decompress and feel better, which is where alcohol comes in for many.
Work, work, work, and little vacation time or sick days is a difficult way to live. Sadly, this is the experience of most Americans.

Many people who abuse alcohol, and other substances, suffer from mental illness. Depression and anxiety are often found in people with substance use disorders. When mental health treatment isn’t accessible, someone suffering with a psychological condition is likely to turn to mind-altering substances like alcohol to self-medicate.

With many people fighting poverty, access to affordable health care could be linked to this increase as well. If you have children or your job doesn’t offer benefits, paying for health care can be extremely expensive. If you can barely pay for medical attention for physical ailments, mental health assessment is less than likely. Even with insurance, mental health rarely has a copay and often goes straight to the deductible.

Be Proactive in Your Health

While we can’t always control our upbringing or where we land on socio-economic spectrum, there are some things we can control. Take time to rest, take a bath, meditate, read, whatever you need to destress. Stay active with exercise, which helps to produce the chemicals in your brain that make you feel happy.

If you have access to any kind of counseling services, take advantage. Therapists aren’t just for people who are sick, they can help anyone to manage stress and change unhealthy thinking or behavior.

We aren’t all blessed with a supportive and loving family, but that doesn’t condemn us to be alone. There is community out there for everyone. If you feel isolated or like you don’t fit it, find your people. Join a bowling league or a book club, go to community events that interest you, use a website that connects people for group meet ups.

Everyone deserves to feel supported, included, and cared about. In fact, everyone needs this.

If You Are Battling Alcoholism

The first things you need to know are that you are not alone and this isn’t your fault. No one becomes dependent on alcohol or any other substance by choice. There are many factors that contribute to addiction and many people fall prey.

Addiction can be a deadly disease, but there are many resources available to help you recover. There are therapists that specialize in addiction, group meetings, programs with sponsors, inpatient and outpatient rehab centers, and more. Alcoholism can feel dark and hopeless, but there are so many people out there who want to help.

To speak with someone who can help you take your first steps towards recovery, call (866) 578-7471. No matter how long you have been drinking or how deeply you have sunk into addiction, you can heal and start again. 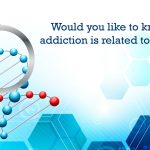 Is your addiction related to your genes?Addiction & Recovery Ins and Outs 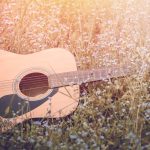