Counting down from ten to the top song, we venture on a musical journey of addiction, recovery, and growth. Starting things off with Marshall Mathers, aka Eminem… here we go!

10. I’m Going Through Changes,
by Eminem

Eminem has been pretty public with his troubled past of drug abuse and addiction. He wrote an entire album called “Recovery,” which is the album this song appears on. It’s on the heavier side, addressing his struggle with prescription pill addiction and grieving the death of his close friend, another rapper known as Proof. It’s a sad tune, but with a hopeful ending, and it is worth listening to.

This super hit of a song came out on Pink’s fifth studio album, Funhouse. Pink has had a colorful run with drugs and alcohol, partying club kid style before her fame days. In the lyrics, she recognizes that the partying goes bad eventually. Still, she repeatedly begs the question: “how do I feel this good sober?” It’s a powerful, catchy song—wouldn’t expect anything less from this hot hard lady.

8. Everyone’s on it, by Lilly Allen

Lilly Allen takes on the cultural perpetuation of addiction in her song, “Everyone’s on it,” bringing up mass depression and self-medication. She brings up a fair point: we can’t come up with a solution if we don’t admit the full scale of the problem, that everyone is on drugs. This isn’t the first song that Allen has used her sweet, fun sound for social criticism and it won’t be the last.

Songs Can Educate About the Danger of Addiction

This sweet, but sad song paints the picture of a young woman who is hooked on drugs. She’s “stuck in her daydream,” getting wearier as the addiction takes over. She prostitutes herself for money, struggling with homelessness. Still, Sheeran seems endeared to this character, calling her an angel throughout the song, which humanizes people who struggle with addiction. Thanks, Ed, for having such a big heart.

Jane’s Addiction has countless songs about addiction, which is no surprise based on their band name. The band’s alternative sound, especially with singer Perry Farrell’s grumbly voice, seems perfect for the subject matter. While a lot of people don’t recognize the name of this song, it was a total hit. Just listen and you’ll have an “ooohh, that song” kind of moment.

As catchy as this song is, it’s also quite dark when you listen to the lyrics. Lines like “help me, I’m holding on for dear life” and “here comes the shame” reveal the sad truth about alcoholism. The strange and somewhat perturbing music video fittingly creates a sense of disillusionment to match. A young girl made to look like Sia, beautiful but obviously demented, dancing around a run down flat—says it all.

Gaga’s powerful ballad about addiction, Dope, came out on her Artpop album. She mentions drinking and drugs with lyrics like “I promise this drink is my last one.” She also mentions the 12-step program and how to get better, singing “Toast one last puff/And two last regrets/Three spirits and/Twelve lonely steps/Up heaven’s stairway to gold.” Hell yeah, Lady!

3. Under the Bridge, by Red Hot Chili Peppers

Anthony Kiedis has done a lot of drugs. From the poet singer myths about him that swelled in LA… to his own autobiography, Scar Tissue, there are ample stories of his wild and drug-fueled times. This song reflected the darkness of his narcotics addiction and the loneliness he often felt. He was nervous to show the band his song, because it got so real, but it became a huge hit.

We all know the piano man’s infamous struggle with drinking. He sang about drinking and drug use a lot, but this one is like an anthem. In chorus, he sings “captain jack will get you by tonight/Just a little push and you’ll be smiling.” With more hits than believable, undying charm and stage presence, and impressive piano and harmonica skills, Joel is a musical treasure. Thanks Billy.

Finally, the number one song on this list is by Macklemore. While it’s a great song, Drug Dealer is number one because of how relevant it is to today’s opioid epidemic. He points a finger at big pharma, like Purdue, who are largely responsible for the massive prescription drug addictions that have hit our country. The lyrics go: “my drug dealer was a docor/he got the plug from big pharma.” Preach M.

Our country currently has an epidemic of addiction on its hands. Education, compassion, and resources are of the utmost importance. If you relate to any of these songs because you are struggling with drugs or alcohol, you are not alone. Just like Gaga knows, everyone needs help from programs like the 12-step and medical or therapeutic treatment. Call (520) 288-8484 to hear about different kinds of help that is available. 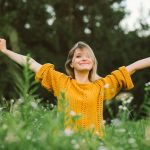 Song of Myself — Dignity After AddictionAddiction & Recovery Ins and Outs, Addiction Flash Blog 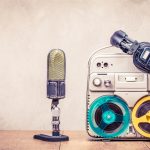 People in Recovery: Interview with SloanAddiction & Recovery Ins and Outs, Life in Recovery