People in Recovery: Interview with Sloan

A Life in Recovery from Addiction

Only 21 years old, Sloan speaks as though he has many more years under his belt than that. As of today, he has 215 days of sobriety. This is the longest period he has remained sober since he was 14 years old. It’s been a long road for him to get to this point. 215 days ago, though, he came to the Southwest for rehab, spent 72 days in treatment, and hasn’t looked back since.

I did an exclusive interview with Sloan so that he could share his thoughts on recovery and sobriety. Here’s some of his insight.

What is the most challenging aspect of recovery?

What do you do for fun without drugs or alcohol?

I play sober sports, I go out to coffee with friends every Sunday and talk about poetry, play tons of video games, retail therapy. I’ve been to a couple bars actually to play pool.

On a weekend, when a lot of people would be partying, what are you doing?

Friday, I bowl with a sober bowling league. I actually bought a bowling ball. I’m terrible, though, the only reason I bought a ball was because I could. I had money, because I wasn’t spending it all on Meth. Saturday night, I work until 8 and then go home and play video games. Sunday, I do the poetry group and play softball.

What are your go-to coping skills when you have a craving?

I listen to music. Every now and then, I will write to cope. When I’m really feeling bad, I’ll bust out a pen and paper and write. I smoke tons of cigarettes. To be a hundred percent honest with you, I haven’t had super giant urges to use. It may have felt good for the moment while I was doing it, but all it really did was cause a giant world of hurt. Now every time I think of my addiction or going back and using, I just think of all that pain that it brought me. It’s not worth it.

Are you seeing a counselor now?

No. I was supposed to set it up to where I could still see a therapist after treatment, but I never did because my therapist had a baby. Also, I haven’t had many problems lately. Now that she is off maternity leave, I’ve thought of scheduling again. She helped me work a lot on anger while I was there.

I believe everyone can benefit from therapy, though, whether you’re fu**** up in the head or not.

How often do you go to meetings?

Once a day. My first 90 days I had out of treatment, I did three meetings a day. Now, I’ve dumbed it down to going to one meeting a day.

What do you talk about in meetings?

We talk about about our struggles or how we got sober. We give our perspective. One of the meetings I go to has a bunch of quotes from the big book and we share how they relate to us. We talk about our step work and how we’re doing on it. We take a time slot at the end of the meeting to do “burning desires.” So, if you have any urge to use, hurt yourself or anyone else, you have the opportunity to talk about it and take the power out of it.

Yeah, I like them. This is the only time I’ve ever been open to going to meetings and working the steps, and it’s actually working for me. This is the longest I’ve been clean since I was fourteen.

What is your favorite thing about being in recovery?

I love watching myself grow, because I never had the chance to grow up, learn how to provide for myself, or learn how to be an adult. Going to a job when I was fifteen and dope sick sounded miserable. Going through homelessness kind of forced me into having some drive to do better. Homelessness taught me to be resourceful, how to live on the bare minimum. Going through all that, now I look at it like I GET to go to a job, have money, do something that I like to do. When I get my money now, I value it more than I would have before.

What would you say to someone struggling with active addiction?

Don’t be afraid to ask for help. That was the one thing that kept me from getting better. When you go through addiction, you become really insecure and you don’t feel like you’re worth the time. It took a lot of energy to ask someone for help, because you didn’t feel like you deserved it. The one time I actually took that shot in the dark and asked for help, I got it and I’m here now.

I wasn’t even planning on getting clean, but one of my friends reached out and said ‘hey how are you doing?’ I told him I felt terrible. He called the rehab for me, they had my insurance information and everything ready for me. They called me a few days later when I was picking up dope and said, “hey, you ready to go to treatment?” I didn’t even know it was going to happen, but I was like “yeah, I guess, let’s do it.”

If you don’t know who to ask for help, call (520) 288-8484. The person who answers will listen to your story and help you get the treatment and support that you need. 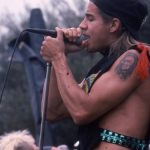 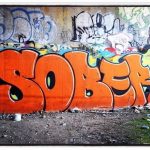