5 Famous Musicians Who Rose Above Alcoholism

While it is sad to have lost a lot of influential and talented musicians to alcohol, there are also many who have overcome substance abuse. Let’s look up to the people who had the wherewithal to face their problems and find a new, better way of life.

These people are living proof that music can be amazing and inspiring, without being fueled by alcohol or drugs.

The famous rapper and musician, Macklemore, struggled heavily with alcohol and drug addiction throughout his twenties. He admitted himself to rehab in 2008 and achieved three years of sobriety. As with many, he relapsed briefly, but quickly got back on his feet again. His song “Starting Over” talks about that experience, saying “if I can be an example of getting sober, then I can be an example of starting over.” Many people in recovery have held onto his lyrics in songs like this and Otherside, which address addiction in a personal and honest way.

Macklemore has spoken out about alcoholism, addiction, and recovery on many occasions. He made a change in his own life, striving for sobriety and uplifting people everyday with his meaningful lyrics. Many of his songs take stances on social injustice, freedom, and support, and he has inspired millions through his music. Thank you, Macklemore, for showing us how positive and exciting music can be without drugs or alcohol. Addiction is a relapsing disease, and it takes bravery and strength to start over.

Famed and adored, this New Zealand Australian country singer has enough charm to leave anyone spell bound. Keith has been to hell and back with alcoholism and drug abuse, though. He told the Rolling Stone about this battle, saying about one low point “I remember thinking ‘I’m probably going not going to make it until tomorrow.’ And then I thought, ‘F**k it. I really don’t care.—”

His wife, Nicole Kidman, supported and pushed him through to recovery—for his third time in rehab. Even though he gives Kidman a lot of the credit, she says that you can’t save another human, they have to save themselves. With ten studio albums, four compilation albums, and forty-five singles, Keith Urban is an inspiration to musicians out there. In his hit, Somebody Like You, he says “I let go of all my lonely yesterdays/I’ve forgiven myself for the mistakes I’ve made.” You can do that too, if you are struggling with addiction; don’t give up hope.

Modest Mouse’s lead singer, Isaac Brock, is known for his critical lyrics and angsty, sometimes growling sound. The leader of this indie rock band has also faced some challenges with drinking. In more recent interviews, he reflects on drug addictions that amounted to a lot of wasted time and excessive drinking that has done his liver no favors. His substance abuse issues have entered his lyrics many times, ie: “the good times are killing me,” “trying to drink away the part of the day that I cannot sleep away,” “long distance drunk/you want to be by yourself and all alone.”

Brock isn’t exactly outspoken about the dangers of alcoholism or substance abuse, but he has certainly cleaned up his act. He doesn’t show up smashed to his shows anymore and tries, for the most part, to stay away from alcohol and drugs these days. He’s still making music though and admits that, while the drinking and drugs seemed to aid the creative process, they were probably more a hinderance in retrospect. Even though you seem like an asshole, Isaac, thank you for trying to stay real and for your honest lyrics.

Lana Del Rey rocks an eerie dream pop sound and stunning voice that are one of a kind. Her lyrics are often tragic and beautiful; she writes a heartbreaking kind of music. Perhaps this is because of her dark past with alcohol abuse. She started drinking young, sent away to boarding school at age 14 to get sober, where her drinking only progressed. Eventually she went to rehab, though, and her life turned around for the better. She now works with an outreach program in New York for people with alcohol and drug addictions.

Her lyrics often reference addiction, drinking, drugs—sometimes pointing to her own dark days and sometimes pointing to others who are still suffering. In the song Carmen, for example, she says: “darling doesn’t have a problem, lying to herself ‘cause her liquor’s top shelf.” In the song This is What Makes Us Girls, she sings about her youth, “remember how we used to party up all night?” She doesn’t touch drugs or alcohol anymore and she’s killing it in the music scene—good for you Lana, it’s a hard line to walk.

One of the greats, Elton John is a musician and song writer who has sold more than 300 million records in his long career. From Goodbye Yellow Brick Road to Benny and the Jets, it seems like Elton John has more top hits than countable! On the dark side of John’s success, though, is a story of alcohol abuse and drug addiction. His drinking problems came out in lyrics often: “it’s one more beer and I don’t hear you anymore,” “I get bombed for breakfast in the morning, I get bombed for dinner,” “best friend floats in the bottom of a glass.”

The musician wishes he hadn’t become so consumed by alcohol, cocaine, and his lifestyle of partying. He has expressed regret at his continued partying as many friends around him died of AIDS during the 80s. Alas, addiction is an ugly disease that takes over and suffocates the caring and thoughtful person underneath. He has long realized these faults, though, and has often spoken out against addiction. He now runs the Elton John AIDs Foundation, which he started in order to give back. Blessed to have made it out alive and healthy, he is now doing some good for the people who weren’t so lucky.

Getting Sober Can Be Hard

These musicians overcame serious drinking problems and substance abuse, which is no easy task. As much as some people try to downplay what it takes to climb out of addiction, it can be grueling. Even once you achieve sobriety, relapse can seem imminent. While kicking the habit is hard, anyone can do it with the right support and help. A great resource for people interested in treatment is https://www.drug-rehab-headquarters.com/. They give lists of treatment programs all over the country, and what those programs specifically offer.

If you are struggling with alcohol or drug abuse, there is support out there for you. If you would rather talk to an actual person about your options, you can call (877) 670-8451. The person who answers will listen to your story and help you make a plan of action. 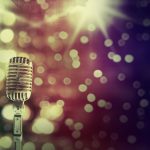 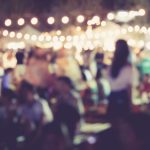