The second half of this list (first half can be found here) moves into some more recent icons with depression. So let’s jump back into it: famous people who have suffered from depression.

The author of such whimsical and inspiring books as the Harry Potter series was actually very depressed. Rowling has described her depression as a dark place with no color, where hope and joy are absent.

Radiohead’s lead singer and front man, Thom Yorke, has openly talked about suffering from depression. It shouldn’t be a surprise; most of his music, though powerful, seems to come out of a troubled place.

Stefani Germanotta, AKA Lady Gaga, has suffered multiple bouts of depression and drug addiction in her life. Initially, she claims that she created the wild and powerful artist persona of Lady Gaga to overcome depression.

This actress has a history of drug abuse and has spoken openly about her experiences with depression. Ryder’s want to de-stigmatize mental health issues is why she pushed to make the film Girl Interrupted.

This beloved and silly actor has struggled greatly with depression, especially at the end of his marriage. Bill Murray also happens to have a past with alcohol abuse—which came out during his divorce proceedings.

Not everyone on this list has a history of substance abuse. Not everyone who suffers from depression will face addiction, but depression and other psychological conditions are tied to addiction.

Depression is a human condition, afterall, and it’s only human to seek reprieve when that pain remains unresolved or untreated. Of course, drugs and alcohol will cause more damage in the long run. Call (520) 288-8484 to talk to someone about a real solution. 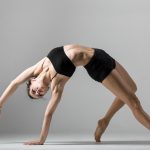 How to Get a Hot Bod After You Stop DrinkingAddiction & Recovery Ins and Outs, Life in Recovery 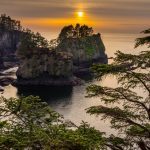