People in Recovery: Interview with Nick

A Life in Recovery from Addiction

Nick, at 24 years old, is one of many trying to maneuver in his new life of recovery after recently completing a rehab program. Originally from Springfield, Missouri, he decided to stay in Arizona after treatment. Nick stays at a sober living house and is just a few days away from having six months of sobriety.

I interviewed Nick so he could share some of his insights with others who are in recovery or curious about going sober.

How does it feel to have almost 6 months sober?

It depends on what way I think about it, if it feels like a short time or a long time. This is the longest time I’ve been without anything since I was 16, which feels substantial. It feels empowering too, I guess, but at the same time I know that something could go down tomorrow if I’m not on top of everything.

What is the most challenging part of recovery?

The social part of it. I’m very introverted, so sometimes it’s difficult to get out and go to meetings. That’s been a challenge a lot. I feel so weird sitting in a room with all those people—I’ll either feel paranoid, uncomfortable, or I’ll feel disconnected like I’m not supposed to be there.

Do you speak a lot at meetings?

The meeting I go to a lot is usually run as either a ticket or a tag meeting, so if I get tagged or my ticket gets drawn, I’ll share.

What do you do for fun without drugs or alcohol?

I don’t really do a lot. I’ve gotten into a mode where I work 45 to 50 hours a week, and when I’m done I don’t always feel like doing anything. I have been going on little trips, not every weekend but every couple of weeks or so. I basically try to just get out of Phoenix and go north. I’m in love with northern Arizona, I can’t get enough of it—Payson, Flagstaff, the Grand Canyon.

On a weekend, when a lot of people would be partying, what are you doing?

I’ve been going to movies a lot. I never really used to do that because I didn’t have money to spend on a movie ticket. It’s been nice having money for little extra things, like dropping 13 bucks to watch a movie doesn’t seem like such a big deal anymore. I’ve been seeing a lot of scary movies, like thrillers, those are my favorite. I’ve been swimming a lot, we have a pool at the house. I listen to music—I have a pretty extensive record collection.

What are your go-to coping skills?

I always have headphones with me. If I’m starting to feel empty or bored or anxious, I can listen to music and it kind of adds a layer of meaning to whatever it is that I’m doing. I’m generally an isolated person, so I always try to do things on my own. I don’t call my sponsor as much as I should… More often then not, if I’m struggling, I’ll sit with it and let it fester. I think that’s the wrong thing to do, though. Sometimes, I will call my mom or my dad or call my sister, talking to my family helps.

Are you seeing a counselor now?

I do see a therapist, so I always look forward to that. It’s my dumping ground for the week. It’s great, I love it. Therapy is fucking awesome. I like building the connection with my therapist. It’s nice to feel cared about, and you can tell when they genuinely care about you and that feels really good—building that trust. There’s still things that I don’t feel like I can say, but 99% of things that I wouldn’t say to anyone else, I can go in there and say it without worrying about being faced with judgement.

How often do you go to meetings?

I really fell off the wagon for probably 5 or 6 weeks up until recently. I wasn’t going to meetings. I would maybe go to one or two a week. I would at least hit one. I was rarely calling my sponsor, I stopped working my steps, and I really saw the effects of that. I was really depressed and miserable. I couldn’t deal, I totally isolated myself and didn’t feel like I had connections with anyone anymore. It was looking pretty bleak for a little over a month there. But, this last week I decided I had enough of that, so I’ve been to 5 meetings in the last week and I’ve been talking to people more. It’s like magic, I don’t feel like shit anymore. I also am going to start my steps over. I only got to step 3 before and then lost momentum.

How do you feel about the steps?

Is your life massively different now from how it was before your addiction?

Yeah, that’s kind of hard to answer because it’s been several years. I am older, I’ve had a plethora of experiences that have shaped me. Is it different? Yes. How is it different? I don’t know. In some aspects, it’s still the same. I still don’t have a slightest clue about what I’m going to do with my life. I’m still doing the day to day thing. My life is definitely different, though, I’m a lot closer with my family. I do think that the older I get, the harder it is to have friends.

What is your favorite thing about being in recovery?

It might sound like I’m contradicting myself, but the fellowship part of it. Walking into a room full of people makes me uncomfortable, but the people I do know and talk to are such caring individuals.

What would you say to someone struggling with active addiction?

How to Get Sober

Call (877)670-8451 to find out more about how to get sober and begin recovery. You aren’t alone. To read another recovery interview, click here.  There are thousands of people who can relate to what you are going through and who want to help. All you have to do is reach out and ask for the help you need. A better life is possible. 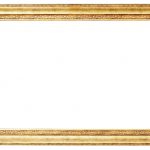 Reframe Trauma and Pain of AddictionAddiction & Recovery Ins and Outs, Life in Recovery 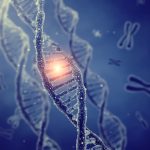 Do I Drink Because My Parents Are Alcoholics?Addiction & Recovery Ins and Outs, Addiction Flash Blog